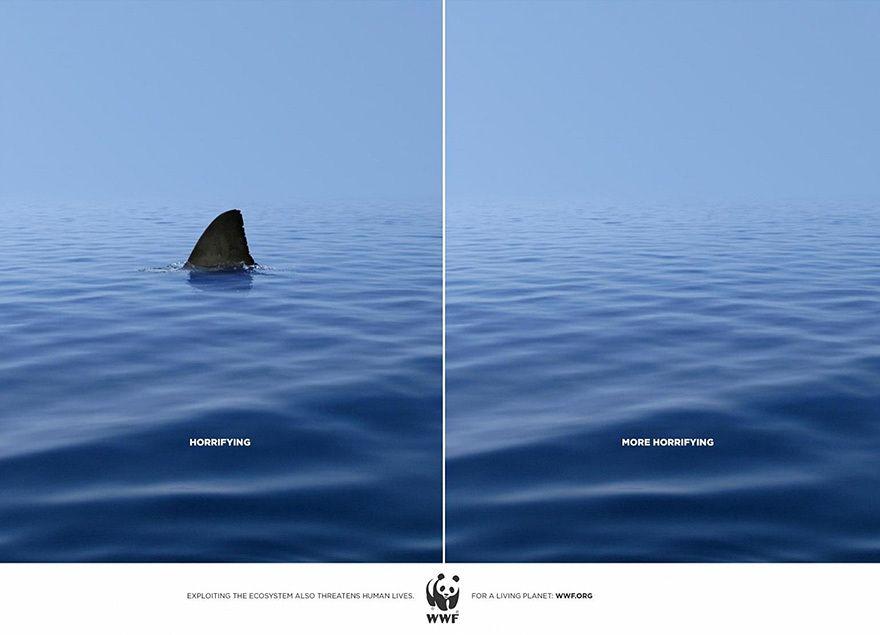 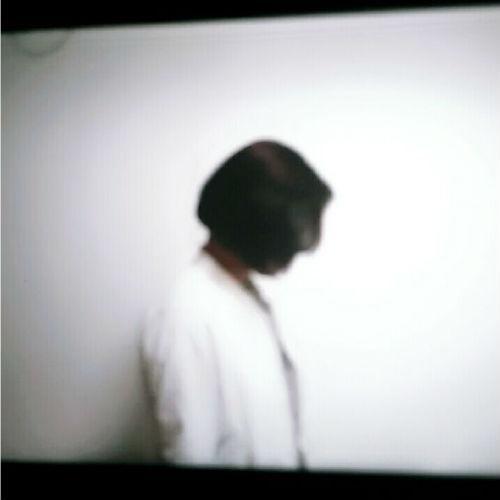 This is a public service advertisement of the World wide Fund for Nature. When it comes to sharks, people tend to feel terrible, and the creatures in the deep sea are full of aggression and danger. But imagine that one day there will be no sharks in the deep sea, and it will not be a good thing for us to go extinct on Earth. Shark extinction is more frightening than shark existence.

By comparing the two images on the poster, we can see that the presence of no shark on the surface of the calm sea is more scary than the presence of sharks. The comparison between HORRIFYING and MORE HORRIFYING are much greater than the shock of simple pictures, and at the same time, the deeper things are associated with them. In the presence of sharks, people are just afraid and may not do harm to anything or thing, but once sharks become extinct, it is not just this species that hurts. It will also cause inevitable and irreparable damage to the deep-sea ecological balance and even the ecosystem on Earth.

The contrast between HORRIFYING and MORE HORRIFYING and these two sentences highlights the fact that shark extinction is even scarier. The use of the word more resonates with viewers. Sharks are terrible, so there are no sharks. When people think about problems, they leave an impression in their hearts, think over and over again, and lead to discussion. Next, the exploiting the ecosystem also threatens human lives copy better sublimates the central idea that the poster screen wants to express. Combined with the HORRIFYING and MORE HORRIFYING copy on the poster, these two sentences perfectly explain the importance of protecting animals, and at the same time will be related to WWF so this is an excellent and instructive copywriting idea.